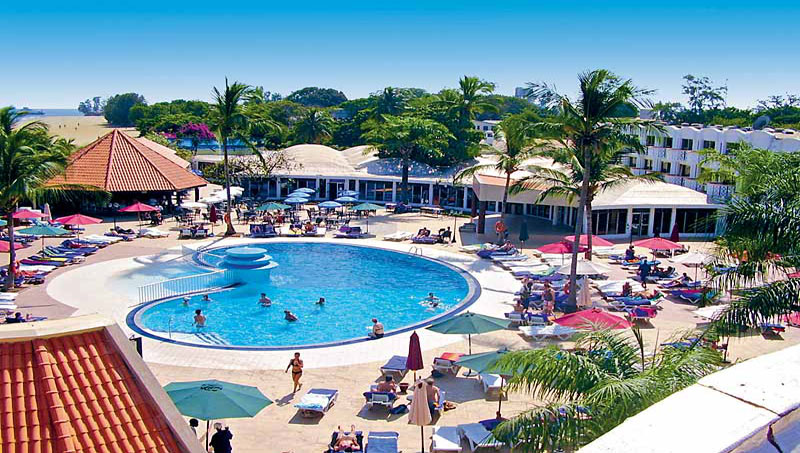 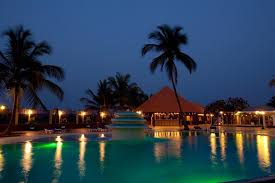 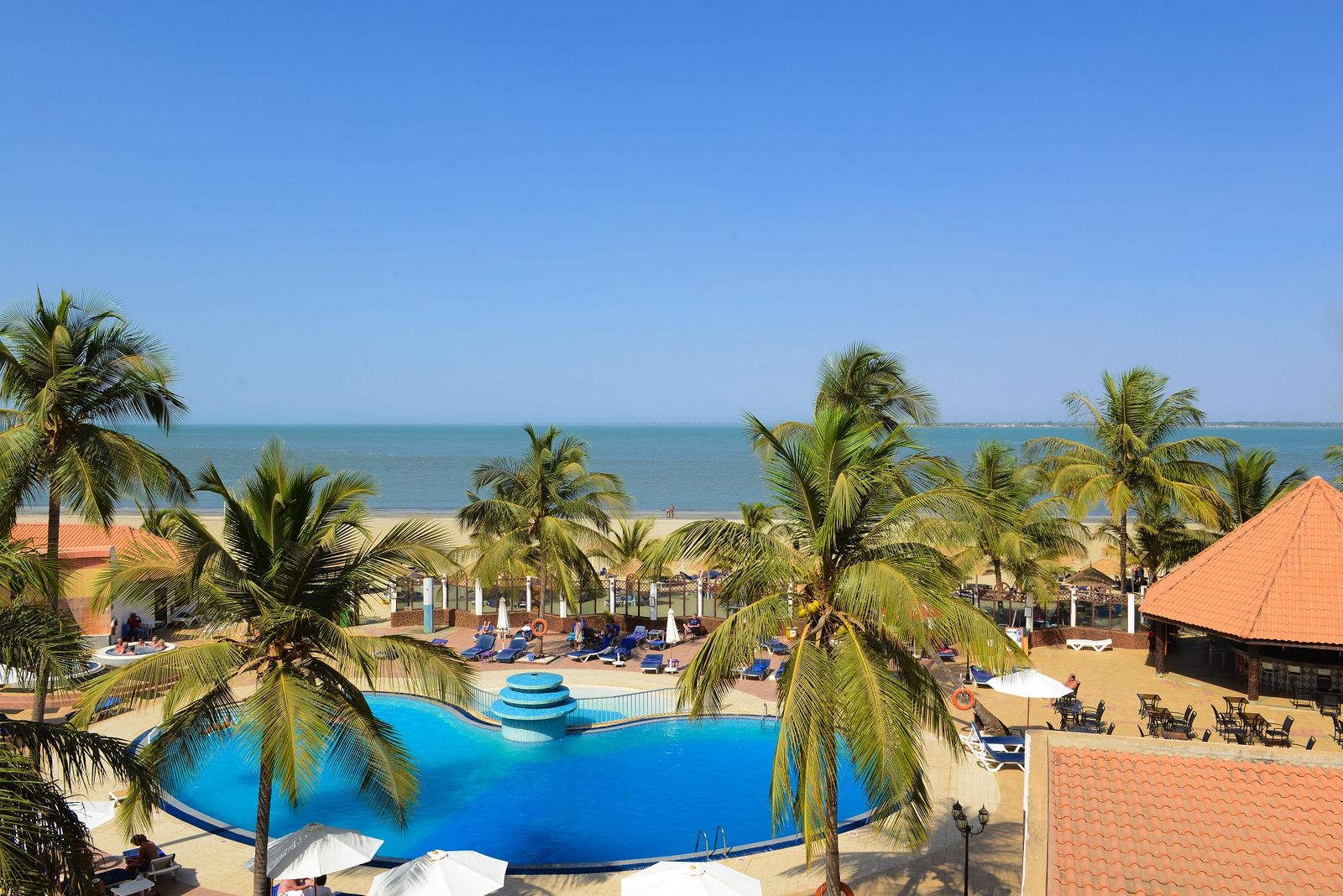 The current, very delightful edifice was designed by the Mexican Louis von Waberer, built by Balfour Beatty, opened in 1979 and operated until 1994 by the British promoters, Caledonian Hotel Management. From 1999 it has was managed by the international chain, Corinthia Group (CHI Hotels & Resorts) until August 2009 when it changed ownership to the LAICO Resorts. In the early part 2000 the Maltese based chain made large investments in extensive upgrading. Starting with a colossal arch; repainted facade in pleasant cream and maroon and in the excellent Apollo Fitness Centre.

As you enter the front gate there is a luxuriant, spacious and welcoming front area. To your left is a lush ‘Rose Garden’ filled with mostly bamboo, young palms and trees. To your right is an illuminated garden (with its unsecured George lll cannon). The Laico Atlantic Hotel drive-through veranda leads onto a curved central courtyard where you will find an extensive reception desk by any standard, the business centre equipped with photocopier, fax and internet terminal.

The reception lounge bends left past the boutique, hairdresser’s and the Leisure Centre. To your right is the sophisticated Dunda (‘High Life’) à la carte Restaurant and the Bendula (‘Meeting Place’) Bar. Arching on round these, the lounge bar and boutiques. This row then opens into the Katcha Dula Bar and Bantaba Restaurant which is adjoined by an entertainment area. Their long, curved, louvered covered walls lead on to the garden, sun chairs and locally produced thatched parasols around the bean shaped swimming pool. A number of dining services encircle the pool.

Towards the ocean is an open-air cafe set under the tamarisks and runs, and there is also a beach barbecue.

The 204 rooms and suites make up the 3 wings of the hotel’s star shaped storey buildings each serviced by a spiral staircase. Accommodation furnishings are in cool shades with mid-brown, wooden fitted wardrobes, drawers and a dressing table, double, twin or single beds and a balcony protruding from the bedrooms.

Due to the accommodation Banjul location in the quiet city there is little in the way of nightlife. However, taxis parked nearby can, in just 25 minutes or so, take you to the much livelier Senegambia hotel area in the Kololi resort.

We look forward for your visit.