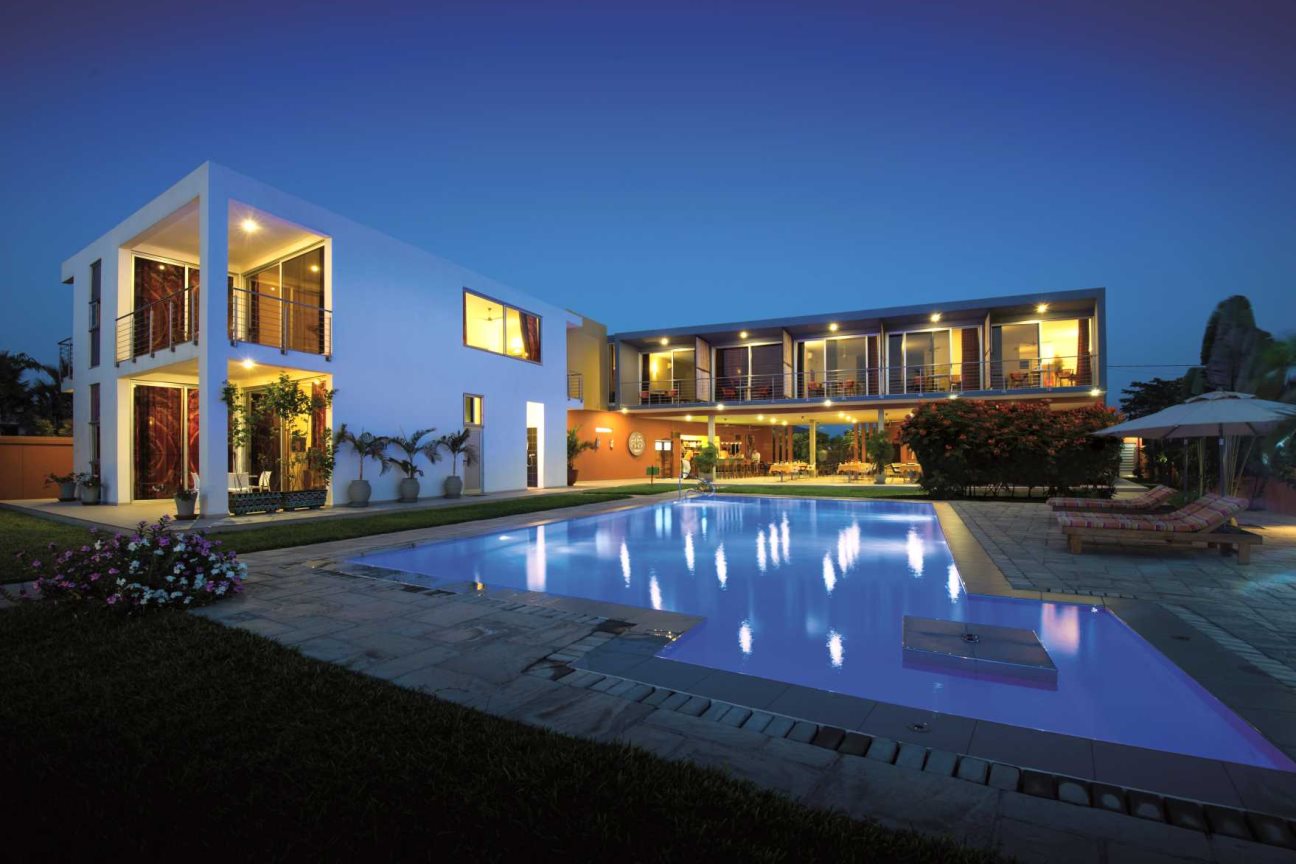 The Austrian couple Nina Waitz and Alois Weiss came to The Gambia in 2009 for the first time. They fell in love with the country and its people immediately.
Already on their second journey in 2010 they bought the property on a small cliff above the beach of Brufut. In spring 2011 Alois sold his publishing company and Nina handed in her notice at the publishing company she worked at and they moved to the Gambia to build and run a small but nice hotel. It got its name from their long standing mascot and leo´s Beach Hotel-Adults only key charm Leo, a small plush lion.
In November 2011 eventually the renowned construction company of SWAMI India began with the building works, supervised by the owners. A little more than a year later, in January 2013, the hotel’s opening was celebrated.

We look forward to welcoming you to Leo’s