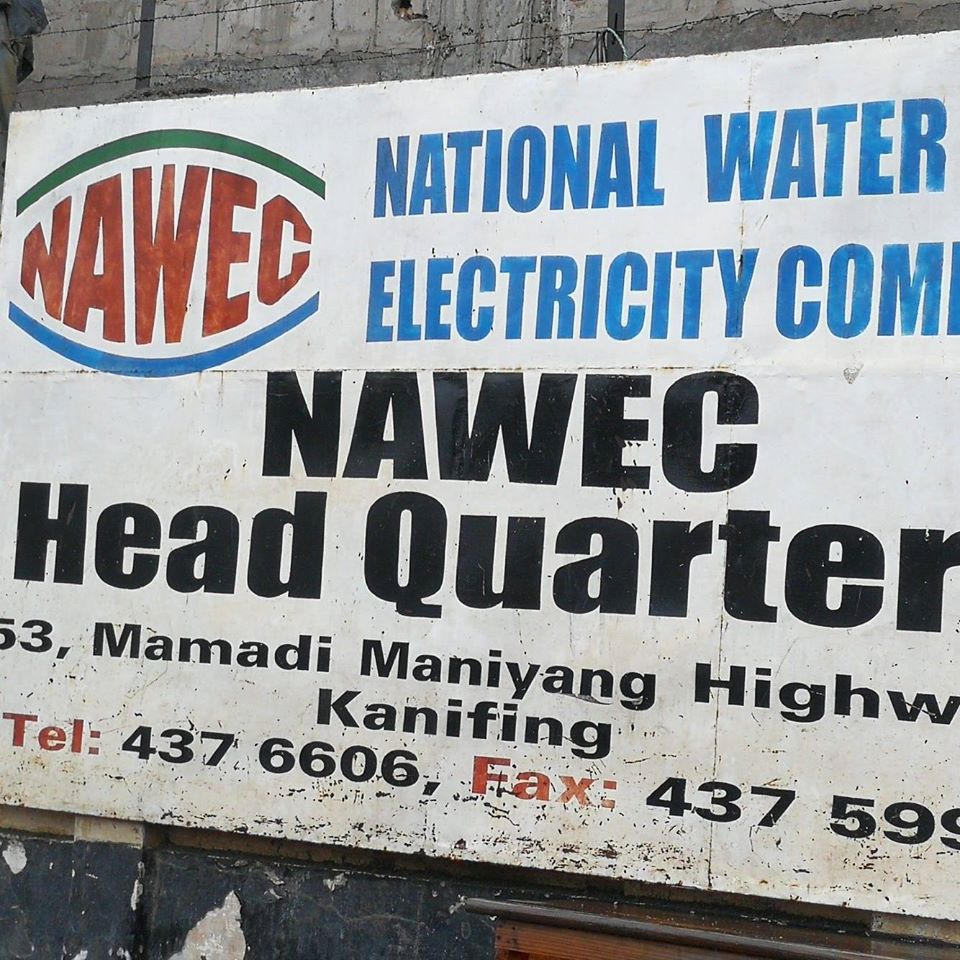 National Water And Electricity Co.Ltd (NAWEC) was established in June 1996 under the Companies Act of 1955 as a Public Limited liability Company. NAWEC is engaged in the generation and provision of electricity, water and sewerage services for domestic, public and industrial purposes. NAWEC succeeded the Gambia Utilities Corporation (GUC), which was established by an act of parliament in 1972 and the Utilities Holding Corporation (UHC), which was established by Presidential Executive Order in 1992. UHC entered into a leasing contract with SOGEA which formed a company, Management Services Gambia Limited (MSG) to operate and manage the assets profitably. This arrangement was terminated in February 1995, leaving UHC with the management responsibility of the assets.

NAWEC is mandated for the provision of electricity, water and sewerage service in The Gambia. It is governed by a Board of Directors which is appointed by the Honorable Secretary of State for Energy. The Managing Director, appointed by the President, is responsible to directly oversee the operations of the Company. NAWEC has six (10) divisions each headed by a Director who reports directly to the Managing Director. The Directors also supervises Managers who work under their divisions.

The electricity, water and sewerage assets are owned by government but managed and operated by NAWEC. As a public enterprise NAWEC has not operated on a commercial basis in the sense that both water and the provinces are subsidized by the Electricity Division. Although NAWEC has achieved financial sustainability for its normal operations, it still lacks the resources to properly expand the electricity system. Due to this the system is ill equipped to satisfy the growing demand and needs substantial investment for maintenance and expansion.